Synthesizers have been fastinating me for a long time, and I had been collecting links to all kinds of different DIY synth projects for almost equally as long. So when I got the urge to get into making PCBs again, this seemed like an obvious choice. But been a little difficult when it comes to making decisions, I had the idea to build a board that works not just for one type of synthesizer, but that would allow you to build a number of different synths on the same board, and at the same time give you some space for experimentation. Cue the first version of the SynthiBoard. 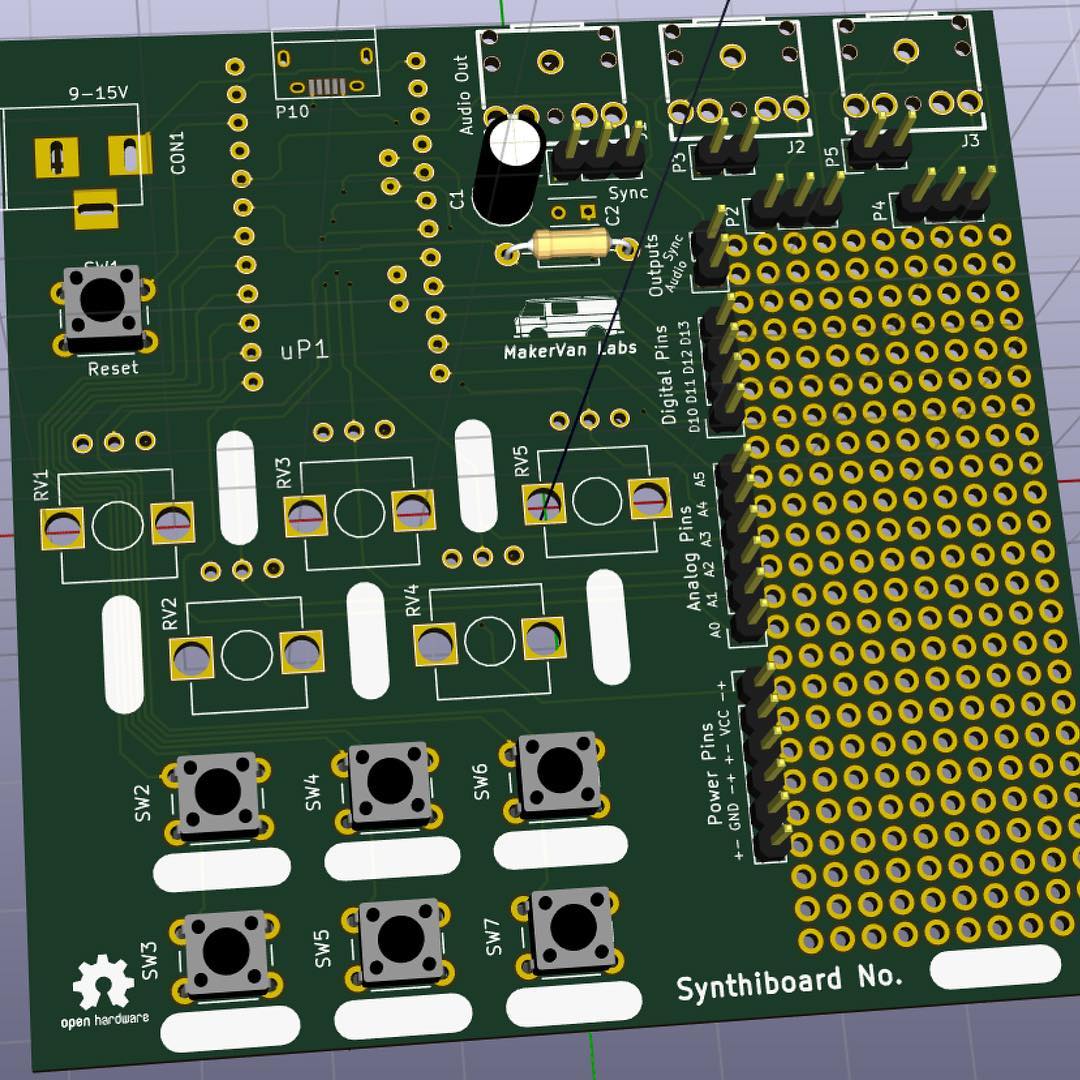 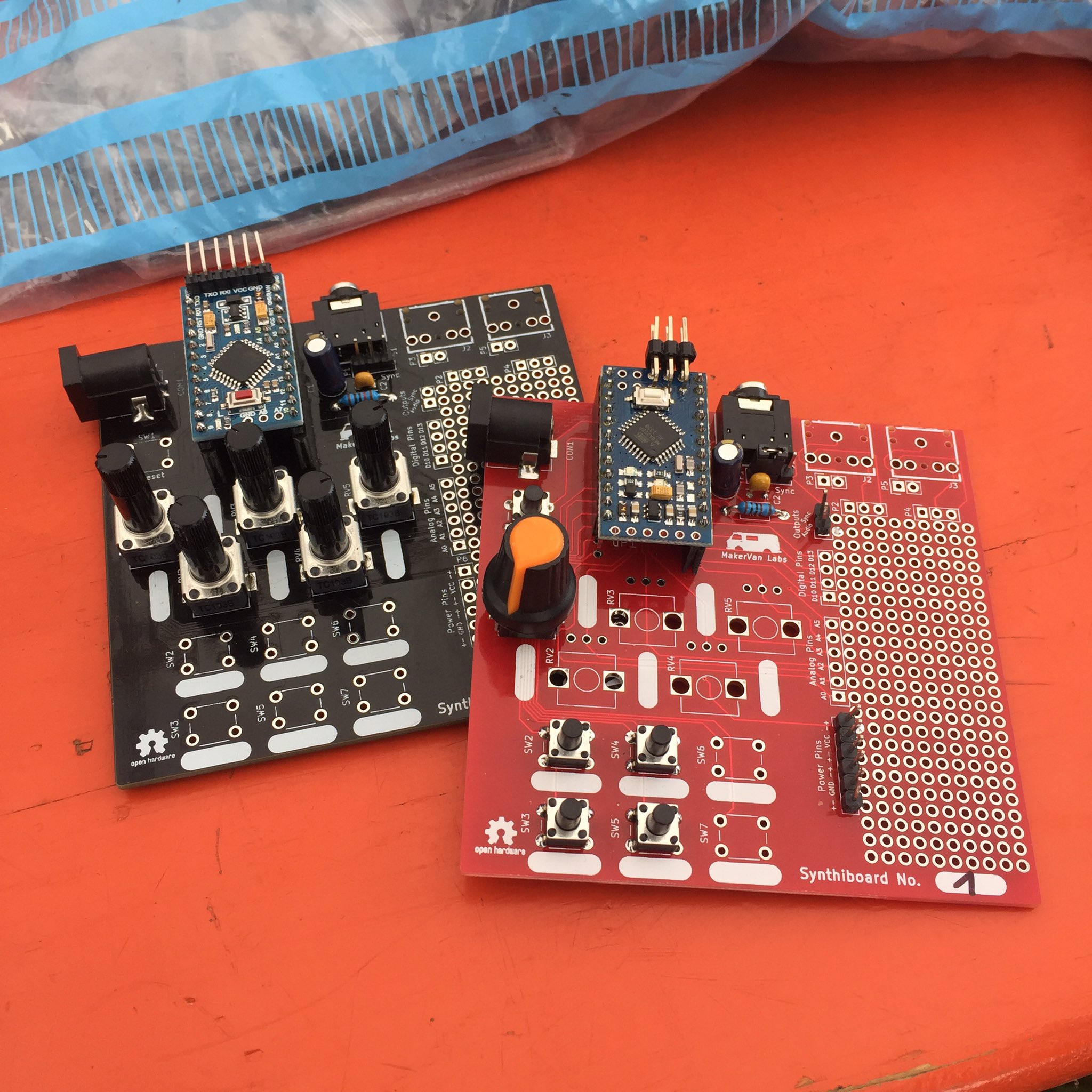 The SynthiBoard houses an Arduino Pro Mini, and connects it to up to 6 switches, 5 potentiometers, 3 3.5mm jacks, and a breadboard experimentation section. One of the 3.5mm jacks has filtering for a PWM audio output from the Arduino in place, and can be configured in a way to pass a trigger signal alongside the audio signal to other devices, similar to the Pocket Operators from Teenage Engineering.

Softwarewise, I adapted two types of synthesizer firmwares to the board, a granular synth and a drum machine. None of these firmwares currently implement the PO trigger output.

One of the ideas when making this was to use it as a tool to introduce people to Arduino and electronics. I conducted a number of workshops to different audiences:

While everyone left the workshop with a working synth, I observed a number of problems in the design that I hope to correct or improve on in later iterations (if I ever get to them)